Witnessing the Resurrection of Lord Jesus 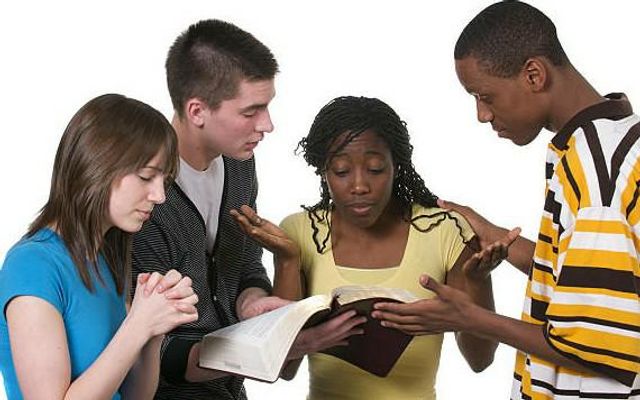 Please turn in your Bibles with me to Acts 4:2: "Been greatly disturbed, that they taught the people and preached in Jesus, the resurrection from the dead".

Here we see that the Pharisees and the Sadducees, the religious leaders of the times, were disturbed. They sort of lost their peace because the apostles were preaching about the resurrected Jesus.

Even today, the people of the world have no problem when we talk about a dying Jesus on the cross. They sympathize, saying, "Oh, Jesus died so sad, so sad. He was a good man." But now, here comes the turning point. They get disturbed when you tell them, "look, that Jesus who died remember, He rose. That's where they say, "No, that's not possible."

Even today, there is a group of people in the world who don't believe that Jesus rose from the dead. So, they have invented their own theory. They say, "Look, Jesus was on the cross, but He did not die; He only fainted and later revived." This is a lie from the pit of hell.

See how conveniently they invented a story to circumnavigate the death and the resurrection of our Lord Jesus Christ. The truth is, "Jesus died, Jesus rose from the dead, and He is coming soon."

What is the resurrection? How is it applicable to us today? Is it about only sending greetings and posting some good pictures on social media? Is it only about shaking hands and having a good time? Now, I am not against all this, we need to do this, but the point is there is something more to this.

Every Christian is called to be a witness of His resurrection.
When Judas died, there remained only 11 apostles. Hence the apostles called for a meeting to appoint a replacement for Judas. We catch the action in Acts 1:22, "Beginning from the baptism of John to that day when he was taken up from us, one of these must become a witness with us of his resurrection".

There is a principle in that scripture that's applicable to us even today. Each one of us is called to become a witness of His resurrection. It's not enough to just say, "Oh, praise God, I got healed, I got blessed" Now, again, all this is good, but there is something more to it. We must become witnesses of His resurrection.

What is a witness?
A witness is somebody who says I know Him.

You see, many of us are still on the asking level. (See Matthew 7:7) The multitudes that followed Jesus mostly followed Him for the fish and the bread. If you read the gospels, the Bible says, in one place, they were falling over one another, they were trampling over one another because Jesus was healing people. Healing virtue went out of Jesus; people were healed by the multitudes. Doctors probably went out of business. Undertakers probably went out of business during Jesus' times.

Do you know who crucified Lord Jesus? It was the same fellows who ate the fish and the bread. It was probably some of the many who were healed and delivered. They were shouting, "Crucify Him." (Luke 23:21)

There are some people today; when everything is going fine, they will say, "Hail Jesus" but when the going gets tough, they will spew their hateful venom on social media." Such is not a disciple of Jesus but only a fair-weather fan. A disciple is the one who follows the Lord and His teaching in season and out of season.

The Apostle said, "[We are writing] about the Word of Life [in] Him Who existed from the beginning, Whom we have heard, Whom we have seen with our [own] eyes, Whom we have gazed upon [for ourselves] and have touched with our [own] hands." (1 John 1:1 Amplified)
Prayer
Father, in the name of Jesus, make me a true witness of Your resurrection. Amen.