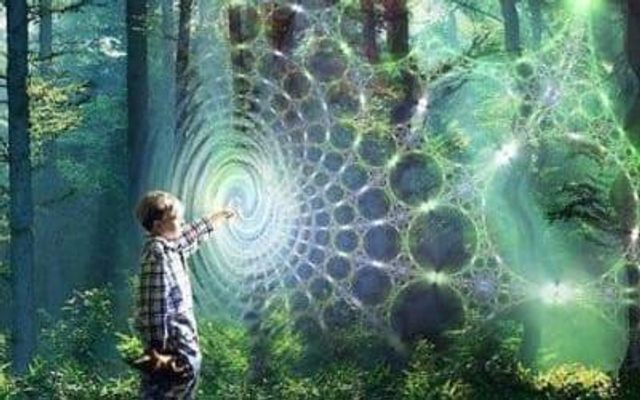 Today, I want to show you key insights into mysteries that will cause you to have uncommon favour and breakthroughs in the realm of the Spirit. How many of you are ready to see something uncommon tonight?

Notice the difference! His "acts" were made known to the entire nation of Israel, but His "ways" only to Moses. Even today, multi­tudes are willing to be satisfied by seeing and seeking after the "acts" of God, but only a few, like Moses, are willing to fully learn His "ways." by drawing closer to the Lord in Word, worship, prayer and obedience.

God wants to show us His ways. During the war, during times of emergency, there are certain ways that the King and His close ministers use. These ways are not accessible to the common public. Likewise, there are uncommon pathways in the Spirit. When there is famine or war, the LORD will use these uncommon ways to minister to His people.

The Bible says in Job 28:7-8
There is a path that no bird knows,
Nor has the falcon's eye seen it.
The proud lions have not trodden it,
Nor has the fierce lion passed over it.

I believe the Lord wants His people to come into higher realms of the Spirit where the devil and his demons have no access. The devil may roar as much as he wants as an accuser, but there are pathways he does not have access to. These are ancient pathways. Many even refer it to as the secret places of God. And I believe God will only show it to those who are interested in His agenda - the Kingdom agenda.

Apostle John on the island of Patmos wrote, "....and behold, a door standing open in heaven… (Revelation 4:1)

This was a real opening in heaven. The word for 'opening' in the Greek is 'Thura' which means:
1. a portal or entrance
2. door
3. Gate

The word is not specifically used in scripture, but the idea is certainly there.

Today, there are many people, across the world seeing God-given visions of new doors being opened. Some of these doors are like swirling, bright golden gates. What these people are actually seeing are portals or gateways in the Spirit. Maybe you, too, have seen them and for a lack of understanding have not been able to relate. I pray for you today that you receive an understanding of these doorways in the realm of the Spirit.

Prayer
Father, open my eyes and ears to hear what the Spirit of God is saying. According to Revelation 3:18, "anoint my eyes with eyesalve that I may see" In Jesus' name.

● How to Come Out of a Financial Mess?
● Motivated By Love
● Anxious Waiting
● Praise Brings Increase
● Overcoming Lust
● How to Pursue Excellence
● 21 Days Fast: Day #3