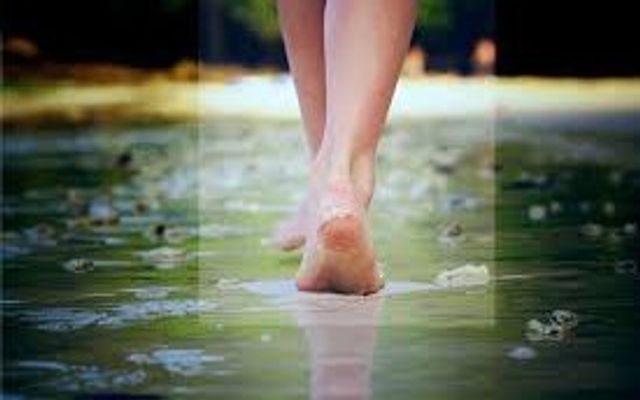 Lord Jesus spent most of his ministry on earth working. Never a day would pass by without Him demonstrating the miraculous. He performed countless healings and deliverances and ministered God's word to the multitudes. He worked to reveal the personality of God, and these works were in every way worthy of His personality, and He did them because of who He was.

Take a look at what He said:
But if I do them, even though you do not believe Me or have faith in Me, [at least] believe the works and have faith in what I do, in order that you may know and understand [clearly] that the Father is in Me, and I am in the Father [One with Him]. (John 10:38 Amplified)

He Himself affirmed that His need(his satisfaction) was to do God's work and to finish God's work at His appointed time on earth and the Holy Spirit was with Him for this very cause(See John 4:34 and Acts 10:38).

However, He made a laudable point in John14:12 when He affirms the superiority of the works His disciples would do over every great work He had ever done. How does it become possible that a man who had done works which cannot be contained in the entire books of the world, will now have people doing even greater works?

"Verily, verily, I say unto you, He that believes on me, the works that I do shall he do also; and greater works than these shall he do; because I go unto my Father." (John 14:12)

What difference would our faith make between Jesus's works and what we would be doing? The reference Jesus made to greater works simply shows that He has much faith in what we become by believing in Him. Only believers will do this greater works and they will do it by the Holy Spirit, which in essence is still Christ working in us by the Spirit of God to will and to do of His good pleasure.

What are the greater works?
The greater works which Jesus spoke of have been done and are still happening till this present day and this is "The Ministry of Reconciliation". While Christ was able to heal men and love them, He could never have led them to salvation while He was yet to die and He committed the greatest work to His disciples.

The greatest work of expanding God's kingdom and preaching the Good News by which souls are awakened, taught, renewed, and saved. The greater work was to take the gospel to the ends of the earth, and Christ in His physical state could never have done that.

Christ has commissioned us and everyone around the world who believe in Him to win souls for the kingdom of God. This is the one work we can do that will exceed what Christ did during His ministry. To share the testimony of His death, burial, resurrection, and His ascension to live forever with the Father.

Dear child of God, Christ has commissioned you for greater works, and it's to bring many souls to God's kingdom.

Prayer
Dear Lord Jesus, work in me to do the works You did by the power of the Holy Spirit. Give me the right words to speak and the boldness to win souls for your kingdom. Amen!

● 21 Days Fast: Day #16
● Shut the Door
● How to Pursue Excellence
● Living with Eternity in Mind
● Inquire of the Lord
● Put on New Spiritual Clothes
● Grace for All