The Fragrance of Prayer 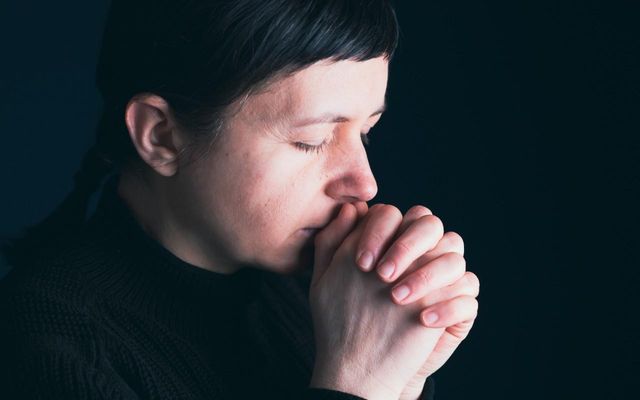 “Then He spoke a parable to them, that men always ought to pray and not lose heart” (Luke 18:1)

The first six months of Esther’s preparation speak of cleansing, purification, and removing all defiling agents, both within and without. The constant bathing and application of oil myrrh cleansed, purified, and softened the skin. It also embedded the fragrance deeply. In other words, Esther literally “oozed” fragrance. I also believe before Esther entered a place, the fragrance that she oozed announced her arrival, and even when she physically left a place, her fragrance lingered in that place.

I believe this vividly depicts killing the old man, removing the blemishes, purging the inner recesses, and turning away from old practices, habits, mindsets, and limitations. It speaks of change, cleansing, and sanctification in preparation for an appearance before the King of Kings.

If we want to abide in God’s presence, we must continually learn to be in a prayerful attitude. The Bible says in 1 Thessalonians 5:16-18, “Rejoice always, pray without ceasing, give thanks in all circumstances; for this is the will of God in Christ Jesus for you.” Communication is a major bond of any relationship and proof of a broken relationship. This is why Jesus admonished us to pray always.

Praying should be like breathing to us. You shouldn’t go hours, days, or weeks without communicating with God. We should draw His presence closer by praying anywhere and at every time.

We didn’t know much about Esther, but we can tell she was a lady given to prayer. The Bible says in Esther 3:12-13, “Then the king’s scribes were called on the thirteenth day of the first month, and a decree was written according to all that Haman commanded — to the king’s satraps, to the governors who were over each province, to the officials of all people, to every province according to its script, and to every people in their language. In the name of King Ahasuerus, it was written and sealed with the king’s signet ring. And the letters were sent by couriers into all the king’s provinces to destroy, to kill, and to annihilate all the Jews, both young and old, little children and women, in one day, on the thirteenth day of the twelfth month, which is the month of Adar, and to plunder their possessions.”

In these verses, we see that a decree was made against Esther’s people, and the king approved their destruction. This was supposed to be the end of the entire nation, but what was Esther’s response to this unfortunate pending disaster? The Bible says in Esther 4:16-17, “Go, gather all the Jews who are present in Shushan, and fast for me; neither eat nor drink for three days, night or day. My maids and I will fast likewise. And so I will go to the king, which is against the law, and if I perish, I perish!” So Mordecai went his way and did according to all that Esther commanded him.”

She wasn’t perturbed; rather, she turned to God’s presence in prayers. She knew that only the king could change the verdict, but before petitioning the king, she first appeared before the King of kings. After the prayer and fasting, she was soaked in the fragrance of prayer that the king of Persia couldn’t resist, and the verdict was turned.

I believe she also had this mindset about prayers at the beginning. She must have spent some quality time praying because she knew that the physical fragrance has its limitation, but the fragrance of the prayer changes things. So, we should breathe prayer in and out until it impacts our inner man. This process then begins to remove impurities and soften our hardened attitudes.

In other words, prayers don’t just change things; they also change us from the inside out, making us fit to stand before the King. So, this year, every day, have a specific prayer time. Make prayer a lifestyle and be in constant communication with God.
Prayer
Father, in the name of Jesus, I pray that you baptize me with the Spirit of prayer and supplication. Heal me of every prayer infirmity and enhance my prayer life. I decree that from now my life shall be soaked with the fragrance of prayer that will change me from the inside out. Amen.

● Spread the Good News
● The Powerful Three Fold Cord
● What Was Esther's Secret?
● The 7 Spirits of God
● Gods Mirror
● Dealing With the Roots
● What is Jesus Doing in Heaven Now?