Stay on Your Lane 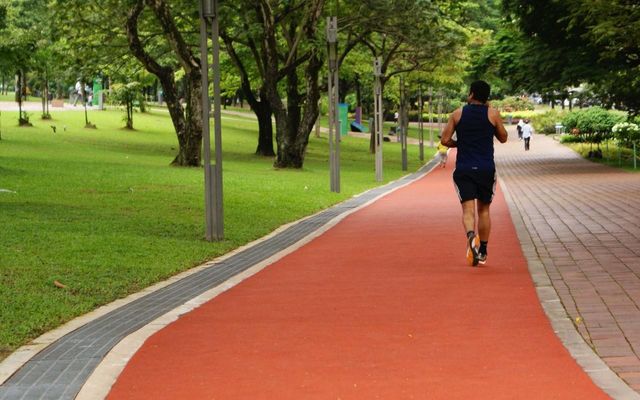 We live in a competitive world. People are thriving daily to outclass and outsmart others. At work, in families, and even worse of all, in the church. Some people don't see themselves as good enough if someone else is better. They overlook God's goodness in their lives and complain that God hasn't done anything because they see others ahead. Such people are cool when they are better than others, but the moment a member of their team or the church testifies of what God did, they feel bitter and develop hatred. Are you like this? What is your reaction when God shows up for others?

It doesn't take much imagination to picture the competitive spirit that must have been rife in the king's harem during the time of Esther. Imagine the petty rivalries, the infighting, the envy, and the jealousy. Imagine how tough it would be to maintain spiritual sanity when everything and everyone around you is emphasizing only the condition and shape of your body and the beauty of your face!

However, there seemed to be a supernatural love and aura about Esther that won extreme loyalty and favour from people in positions of power—including her enemies! It was as if an unseen hand moved aside every obstacle to advance and position her strategically. It was favour that elevated Esther from a mere object of king Xerxes' lust to the object of his love. One day of favour can be worth more than a lifetime of labour!

The Bible says in Esther 2:15, "Now when the turn came for Esther the daughter of Abihail the uncle of Mordecai, who had taken her as his daughter, to go into the king, she requested nothing but what Hegai the king's eunuch, the custodian of the women, advised. And Esther obtained favour in the sight of all who saw her."

Some of the ladies may have checked to see what others were using and demanded something stronger or more fascinating. Perhaps they used other ladies as a yardstick for their beauty, but Esther was different. Reading verse 15 makes me wonder if Esther is aware that the position of the queen is competitive. Her request looks lackadaisical to some extent.

Alas! She left her choice to the king's eunuch.

Excuse me, what kind of mindset is that? You may think so too. But Esther knew that no one goes far competing with others. She knew that life is a race and that each person on the track has their lane to run in. Too often, we leave our lane and run in others' lanes. Well, the rule of the game says even if you win the race, you would still be disqualified because you are on the wrong lane.

My friend, face your lane and run your race. God has plans for all His children, including you. He is called a "multi-breasted God" because He has a place for all His children. A competitive spirit makes us jealous and envious of others' progress. The Bible says in Romans 12:15, "Rejoice with those who rejoice" Congratulate them because no one's success is the reason for your failure. The sky is wide enough for all birds to fly without hitting one another. How many plane crashes do you hear of due to a collision in the air between two planes? The sky is wide.

So be happy and keep running your race. A wise man once said, "When God blesses my neighbour, I celebrate because it shows God is in the neighbourhood. He will get to my house soon." This should be your attitude. Allow God to choose for you as the eunuch chose for Esther, and you are sure that it is always the best for you.
Prayer
Father, in the name of Jesus, I pray that you help me to have a calm spirit. I pray that you help me get rid of every competitive Spirit so I can live calmly. I open my heart to the Spirit of love towards my neighbour in Jesus' name. Amen.

● The Power of the Seed - 3
● Names and Titles of the Spirit: Holy Spirit
● Standing Firm in Faith
● The Dangers of Distraction
● Do This One Thing
● Financial Breakthrough
● The Good Shepherd