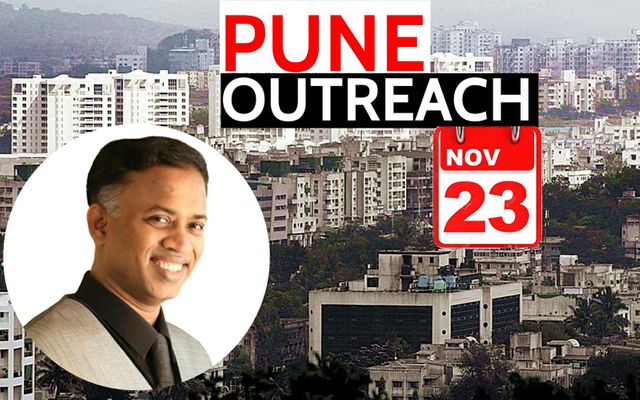 Left home by car around 7:30 am. Reached Pune around about 12pm. There was very heavy traffic on the way to Pune.
As soon as I reached Pune, I went to the church where the service was to be conducted. Met the leadership and prayed with them at the venue. 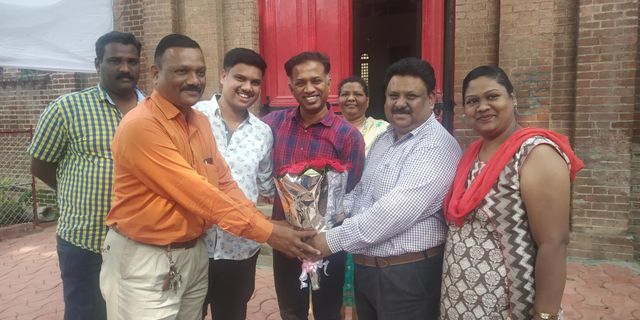 Leaders of the Church felicitating Pastor Michael
I was told that Sadhu Sunder Singh prophesied that “this church will stand till the second coming of Christ” I also saw the spot where this great man of God stood and preached (outside the church). This is because they would not allow him to preach inside the church. 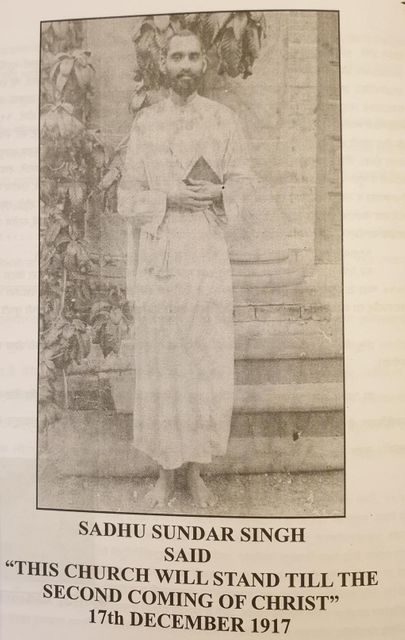 Above pic of Sadhu Sundar Singh from where he stood and preached the Gospel
I just want to tell someone that if you are being rejected today inspite of doing good, be encouraged, there will come a time when you will be celebrated.
I also visited the home of the chief organizers and prayed with their loved ones. They told me that they have been watching my programs on Subhsandesh TV and on Youtube for many years. A special thank you to all the partners and donors who support the work of God. I silently thanked God for each one of you.
Meanwhile the special bus that was organized from Mumbai to Pune also reached the venue at around 12:30pm. The organizers have graciously organized lunch and dinner for them also.

Now getting ready for the service. Wish you were here
Pastor Michael received honoured by Pastors 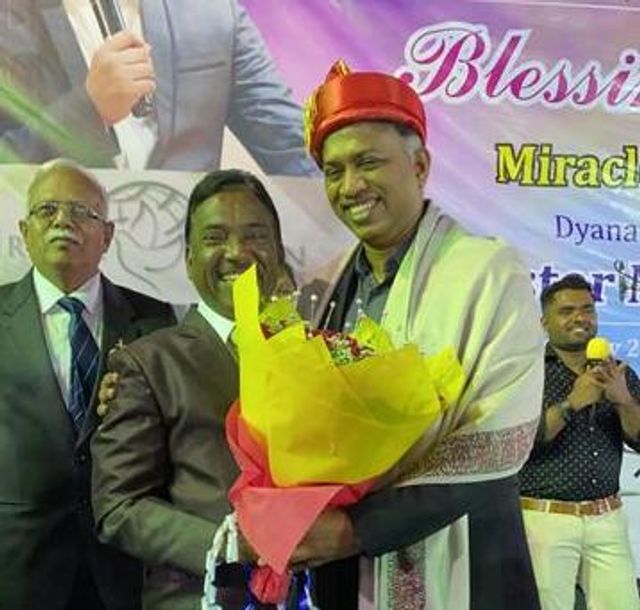 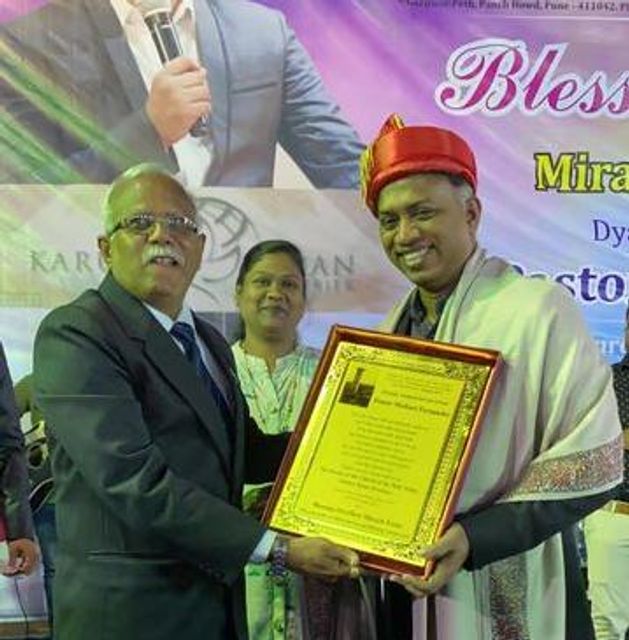 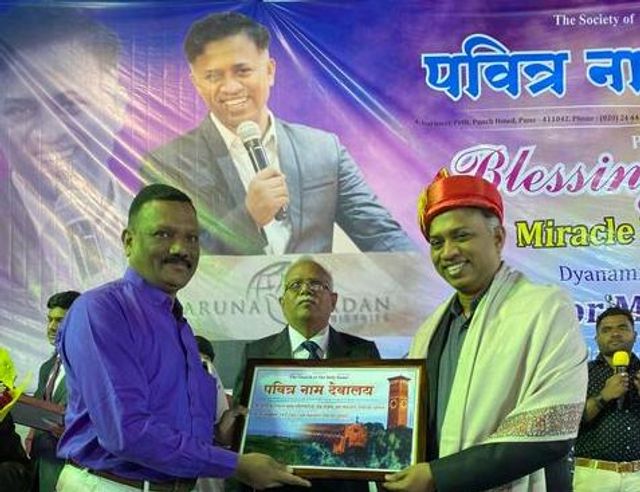 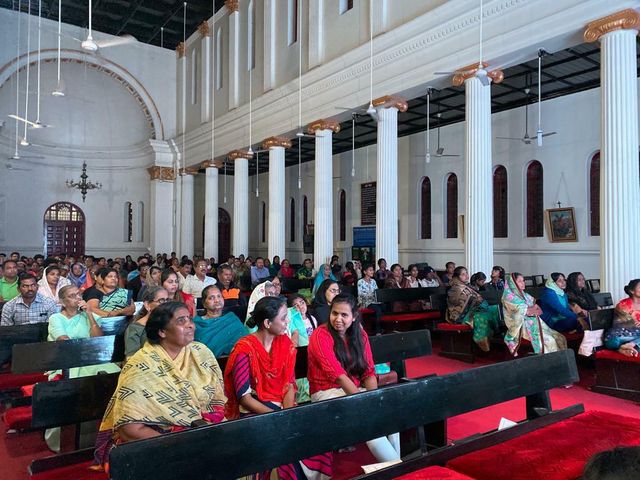 People Sitting and listening to the Word in the Church Premises 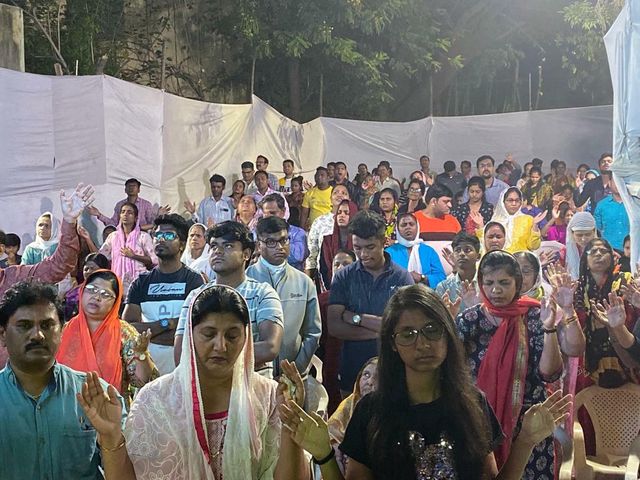 Section of Crowd at the Venue 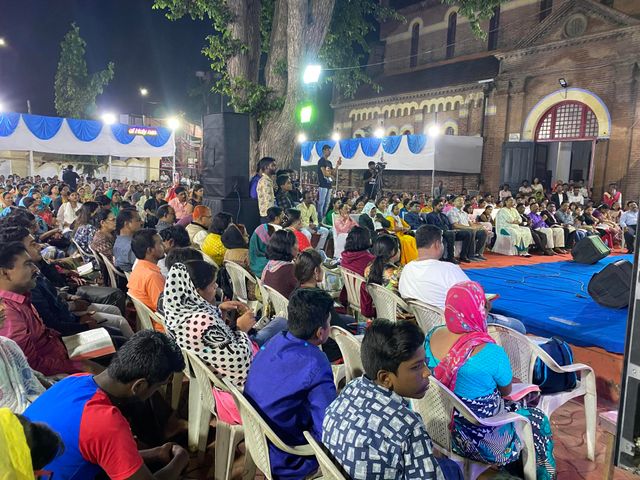 Another Section of Crowd at the Venue