How to Renew Your Spiritual Strength -3 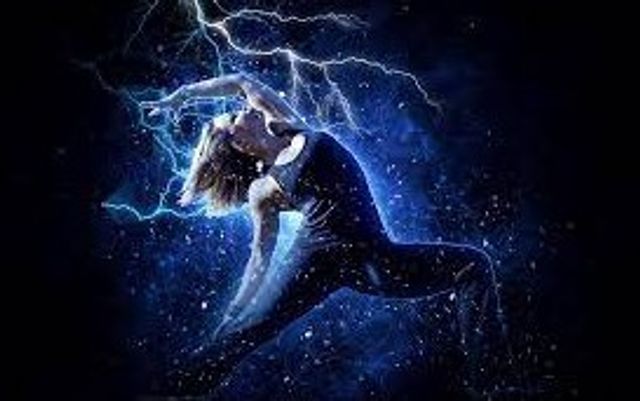 Today, if you build your life, your business through fasting, prayers and tears and achieve some degree of success, the critics cannot digest that and often brand you with their hellish utterances. They only see your glory and are jealous, but they never even try to know your story.
They criticize under the pretext of many false disguises. Yet, they will never correct you when you are struggling, down in the pit or just starting out. They will not even lift a finger to help you. It's only when you start soaring, they will act as self-appointed custodians. Maybe attacking someone well known gets them the much-required views and likes on social media to maintain their act.
There lived a great man of God in South India who God mightily used. One day, he lost his precious daughter in a tragic car accident. You should have seen how the critics rose vehemently against him. They wrote all sorts of nasty things against him and his ministry. The loss of his young daughter and the poisonous criticism broke his heart. He almost gave up on ministry.
One day during family prayer time, the Holy Spirit descended upon a person and spoke to this dear man of God saying, “My son, all heaven is eagerly waiting to see whether you will continue to serve me or not despite all that you have gone through.” At that moment, the servant of God cried bitterly and said, “I will serve you Lord till my last breath.” From that moment on, his ministry spread all across the globe. Do you know the secret of this dear man of God? He prayed daily for hours in tongues. Praying in tongues will bring refreshing and rest to your spirit man. You may be on the verge of giving up your calling or ministry; start praying in tongues, and you will go to the next level in the realm of the spirit.
For with stammering lips and another tongue
He will speak to this people,
To whom He said, “This is the rest with which
You may cause the weary to rest,”
And, “This is the refreshing”;
Yet they would not hear. (Isaiah 28:11-12)
As powerful and productive as speaking in tongues is, some will not hear of it. It was prophesied by Prophet Isaiah; “Yet they would not hear.” There are some people who speak and write against speaking in tongues. It is like talking about biryani without tasting it. It is like learning mathematics from a person who never studied mathematics. The people who speak and write against tongues have never experienced tongues, never spoken in tongues, so never waste your time listening or arguing with them. Do not let anyone take you away from this God-given treasure.
There was a time in Apostle Peter’s life when he vehemently denied Jesus. I believe this was because he was at a time in his life when he was discouraged, stressed out, and spiritually low. However, on the day of Pentecost, the Holy Spirit came upon Peter, and he spoke in tongues. This same man who had denied Jesus and said that he had nothing to do with Jesus proclaimed Him boldly to three thousand people who repented and were baptized. (Acts 2)
Many people use tobacco and alcohol to cope with stress. These substances, in addition to having negative side effects, are expensive and frequently lead to addiction. Speaking in tongues is the most effective spiritual anti-stress treatment.
In the name of Jesus, I decree and declare whatever is in front of you, you shall overcome it. You will be called an overcomer, your identity will not be known by the clothes you wear, your identity will be known by the manifestation of the Spirit through your life.
Confession
The blood of the Lord Jesus Christ covers my spirit, soul and body, and has sanctified me and separated me from the world, the flesh and the devil. Speaking in tongues has trained my senses to distinguish between good and evil. In the name of Jesus.

● How to Get Fire on the Altar
● Praise is Where God Resides
● The Life Changing Benefits of Fasting
● Paying the Price
● Can God Provide For Me Today?
● Your Day Defines You
● Inquire of the Lord