How to Renew Your Spiritual Strength -2 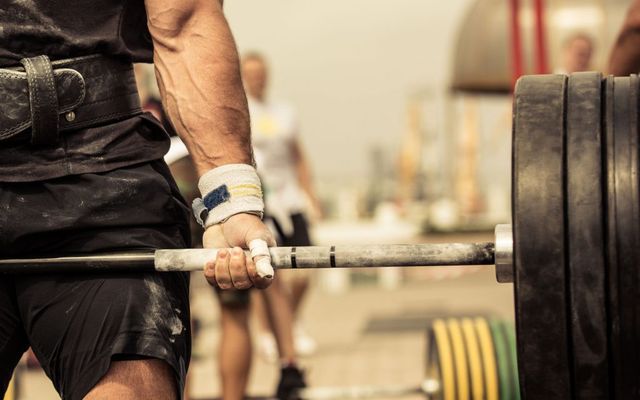 He who speaks in a [strange] tongue edifies and improves himself, (1 Corinthians 14:4 Amplified).
The word "edify" comes from the Greek word "oikodomeo," which means to construct or build-up, in the same way, that building or constructing an edifice does. In 1 Corinthians 14:4, the Apostle Paul, through the Spirit, teaches us that when we speak in other tongues, we are building ourselves up, much like workers at a construction site would build an edifice brick by brick.
Circumstances and day-to-day affairs of natural life can weaken and wear you down spiritually, using up spiritual strength and energy. When people do not ‘replenish’ themselves, they start to get spiritually weary and run down.
Some of you may be serving the Lord and lately have been feeling worn out. Maybe you are involved in a secular job and feel like giving up because of the intense pressure you are facing. All this is because your inner spiritual strength is depleted.
Getting weaker spiritually can result in lower faith levels and discouragement. At such times, prayer becomes a struggle. You don’t feel like reading the bible anymore; attending church services seems boring. There is a solution to all this.
Praying and speaking in other tongues will build you spiritually as it is an effective means of spiritual communication with the Lord, which transcends the natural mind. (1 Corinthians 14:14). The best part is, you don't have to wait for some special occasion to do this; speak in tongues whenever and wherever you want to. When you do this regularly, you will become version 2.0 of yourself. People around you will notice the difference in you.
In 2 Corinthians 11:23-27, Apostle Paul mentions his struggles and sufferings in his quest to preach the gospel of our Lord Jesus Christ.
“....in stripes above measure, in prisons more frequently, in deaths often. From the Jews, five times I received forty stripes minus one. Three times I was beaten with rods; once I was stoned; three times I was shipwrecked; a night and a day I have been in the deep; in journeys often, in perils of waters, in perils of robbers, in perils of my own countrymen, in perils of the Gentiles, in perils in the city, in perils in the wilderness, in perils in the sea, in perils among false brethren; in weariness and toil, in sleeplessness often, in hunger and thirst, in fastings often, in cold and nakedness”
Despite going through all this, one can only wonder what it is that did not make Apostle Paul to give up. What is it that made him bounce back stronger each time? This secret is revealed in 1 Corinthians 14:18, Paul told the Corinthians, “I thank my God I speak with tongues more than you all.”
Praying in tongues for hours was the secret of Apostle Paul. Doing this had built his spiritual man to a very high degree where he could endure and overcome anything that was thrown at him. This is also the secret of many men and women of God who are and were used by God mightily.
There is this wonderful man of God, Prophet Ezekiah Francis, in South India. I do not know him personally but his life and teachings have immensely blessed me. [I would love to meet him] Over more than two decades, his life and ministry have consistently demonstrated the high standards of the Gospel of our Lord Jesus Christ. How? When I was just getting started in the ministry (now this is as early as 1997), I heard him say on one of his teaching tapes; I pray in tongues even while in the shower. I was amazed when I heard this.
Though having the gift of tongues, many Christians fail to speak in tongues regularly; no wonder there is so much spiritual weakness among believers today. It is like that servant who has buried his gift in the ground. (Matthew 25:14-30)
But you, beloved, build yourselves up [founded] on your most holy faith [make progress, rise like an edifice higher and higher], praying in the Holy Spirit; (Jude 20)
In Jude 20, the same Greek word, oikodomeō, which means to build up, is used. Notice the words, make progress, rise like an edifice higher and higher on the foundation of faith by praying in the Holy Spirit. Don't you like that?
Lord Jesus used the same Greek word, oikodomeō when He said the wise man’s house was built upon a rock. “Therefore, anyone heareth these sayings of mine and doeth them, I will liken him to a wise man who built (oikodomeō), his home upon a rock: and the rain poured, and the floods came, and the winds blew, and pounded upon that house; and it did not fall, because it was founded on a rock.” (Matthew 7:24-25)
Hearing and doing the sayings of Jesus will help us to be wise men and women.  To be a successful house-builder and effectively construct our house on the foundation of faith, we should pray in tongues as we meditate and hear God’s Word.  With the assistance of the Counselor, the Holy Spirit,  praying in tongues will unleash the power of revelation knowledge into our life. Jesus said that revelation knowledge is the rock on which He would build (oikodomeō), his church, and the gates of hell would not prevail against it.
Prayer
I am joined to the Lord, and I am one Spirit with Him. I will always abide in Him. I have the mind of Jesus Christ, and God's understanding pours through me.

● Facing the Opposition
● The Most Common Fears
● Great Work Through Ordinary Vessels
● Do This One Thing
● Divine Order -1
● 21 Days Fast: Day #9
● No Favourites But Intimates