A Prophetic Lesson on Intercession-1 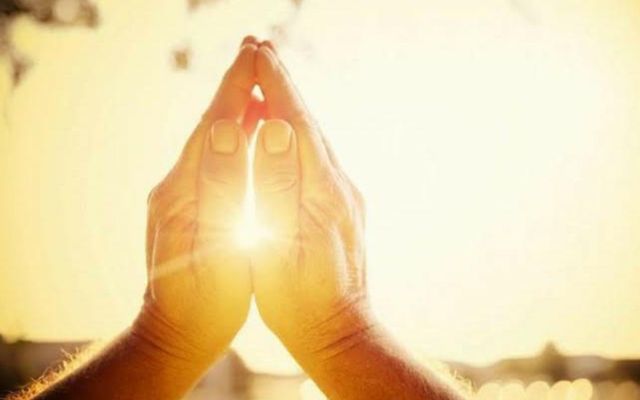 Now the famine was severe in the land. 2 And it came to pass when they had eaten up the grain which they had brought from Egypt, that their father said to them, “Go back, buy us a little food.” 3 But Judah spoke to him, saying, (Genesis 43:1-3)
The famine is severe. The food grains brought by the sons of Jacob from their first trip to Egypt are exhausted. They now run the calamity of death by starvation. Jacob, their father, insists that they should revisit Egypt so that they can get food. Notice, everyone is quiet, but Judah speaks his heart out to his father, Jacob.
This tells us that:
Then Judah said to Israel, his father, “Send the lad with me, and we will arise and go, that we may live and not die, both we and you and also our little ones. I myself will be surety for him; from my hand, you shall require him. If I do not bring him back to you and set him before you, then let me bear the blame forever. 10 For if we had not lingered, surely by now, we would have returned this second time.” (Genesis 43:8-10)
Notice the words of Judah. “I myself will be surety for him…..If I do not bring him back, let me bear the blame”. None of the brothers are speaking. It is as if they are not bothered by what happens. But here is Judah standing in the gap on behalf of all of them.
This again tells me:
The intercession of Judah not only saved his immediate family but saved the entire clan from famine and imminent death. Likewise, your intercession will save not only your family but will revive the body of Christ as well.
There are two kinds of people that God is really on the lookout for
1. A worshiper
John 4:23-24, tells us that the Lord Himself is looking out for true worshipers.
2. An Intercessor
The Lord Himself declares, “So I sought for a man among them who would make a wall, and stand in the gap before Me on behalf of the land, that I should not destroy it… (Ezekiel 22:30)
God is still looking for someone who can stand in the gap. If God can find an intercessor, God will have a person with whom He can co-labour.
The truth is, you can be both - worshiper and an intercessor. Abraham was a worshiper and an intercessor, David was a worshiper and an intercessor.
Prayer
(Please pray each point for at least one minute)
Father, in the name of Jesus, empower every person connected with Karuna Sadan with the Spirit of excellence for their supernatural turnaround this year.
Father, in the name of Jesus, heal everyone who is sick and hurting in Karuna Sadan Ministries and restore them to perfect health.
Father, in the name of Jesus, deliver every person connected to Karuna Sadan Ministries from all oppressions of the devil and establish their liberty right now.

● Lets Return to the Lord
● How to Develop the Fruit of the Spirit -2
● How Long?
● Don't Allow Your Past to Name Your Future
● I Won’t Give Up
● Pain - The Game Changer
● Give Your Weakness to God