Why Great Men and Women Fall -3 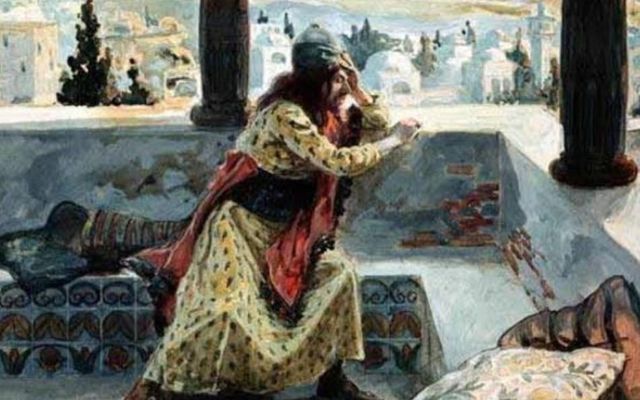 I hope this series on “Why Great Men and Women Fall” has been a blessing to you. Today, we will delve further into what caused the catastrophic fall of David.

When David brought Bathsheba into his palace, David’s wife Michal is missing in the palace. She is not on the scene. Thus, David’s men are at war; his wife is absent from the palace making this a threefold cord of wrong place, wrong time, and wrong setting!

One boundary that can really protect your marriage is to avoid being alone with people of the opposite gender. This is not always possible, but we must try and make it a priority. Never counsel a person of the opposite sex alone. It is in counselling sessions many intimate secrets are shared. It all starts with sympathizing with the person in trouble, and before you know it, you are in a mess that you did not buy.

I once met a team of people who work in a ministry that is impacting the nations with the Gospel of our Lord Jesus Christ. They, too, shared the same principles. In retrospect, David as a married man, should have kept his wife close to him. And in so doing would have avoided the pitfall.

Now the serpent was more cunning than any beast of the field which the Lord God had made. And he said to the woman, “Has God indeed said, ‘You shall not eat of every tree of the garden’?” (Genesis 3:1)

It is believed by Bible scholars that Eve was all alone with the serpent when she was tempted to eat the fruit. Had Adam been around, it would probably have been a different story. Eve was in the wrong setting.

Joseph was a handsome man and was severely tempted by the woman where he was working. She kept putting pressure on Joseph day after day, but he refused to sleep with her, and he kept out of her way as much as possible. But one day, when no one else was around, and he was about the house doing his work, she literally grabbed him. (Genesis 39:10-11 NLT)

Joseph ran away from the scene but was accused and slandered. This landed him in jail for no fault of his. Had Joseph been more careful to ensure that he was not alone with her, he would have avoided much pain and heartache.
Prayer
Father, in the name of Jesus, I ask You for divine connections. I ask You for grace to cultivate healthy and meaningful relationships. Amen.