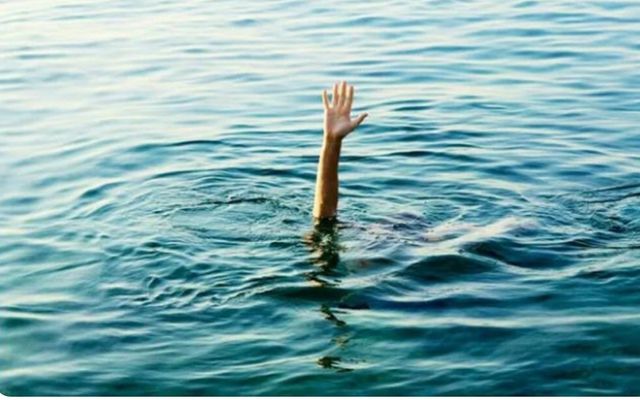 Again he measured one thousand and it was a river that I could not cross; for the water was too deep, water in which one must swim, a river that could not be crossed. (Ezekiel 47:5)

When you were a child, perhaps you may have gone to the seaside for a picnic. I recall one such time, wading out until the waves began crashing on my knees. However, as I tried moving further, I started losing my balance and falling into the water; I was so scared that I screamed for my family members (who were next to me)and ran out as another wave hit me.

Sometimes our God takes us into such deep waters that we lose control of a particular situation, and we have no choice but to trust in His care for us fully. Then, when we cry out to Him, we see the works of God and the Hand of God moving mountains.

Those who go down to the sea in ships, Who do business on great waters; They see the works of the Lord and His wonders in the deep. For He commands and raises the stormy wind, Which lifts up the waves of the sea. They mount up to the heavens; They go down again to the depths; Their soul melts because of trouble. They reel to and fro, and stagger like a drunken man, And are at their wits' end.

Then they cry out to the Lord in their trouble, And He brings them out of their distresses. He calms the storm, So that its waves are still. Then they are glad because they are quiet; So He guides them to their desired haven. Oh, that men would give thanks to the Lord for His goodness, And for His wonderful works to the children of men! (Psalm 107:23-31)

God is not an alternative that you can turn to when you feel like it. Do you know, sometimes God's power isn't seen until circumstances get to the point where there are no alternatives but God only? Sometimes God takes us into the deep waters of life for an extended time.

Joseph was taken into deep waters of adversity for 17 years. Rejection by his brothers, enslavement to Pharaoh, and unfair imprisonment were the deep waters for Joseph. During those deep waters, he experienced dreams, a special anointing of his gifts to administrate, and great wisdom beyond his years.

The deep waters were preparations for a task that was so great he never could have imagined it. He was to see God's works more clearly than anyone in his generation. God had too much at stake for a 30-year-old to mess it up. God took Joseph through the deep waters of preparation to ensure that he would survive what he was about to face.

If God chooses to take you into deep waters, it is for a reason. The greater the calling, the deeper the water will be. Trust in His knowledge that your waters are preparation to see the works of God in your life.
Prayer
Heavenly Father, when I have to go through the waters, I pray that You guide me and give me the strength not to falter and that my faith may not waver. In Jesus' Name. Amen