Associate With the Right People 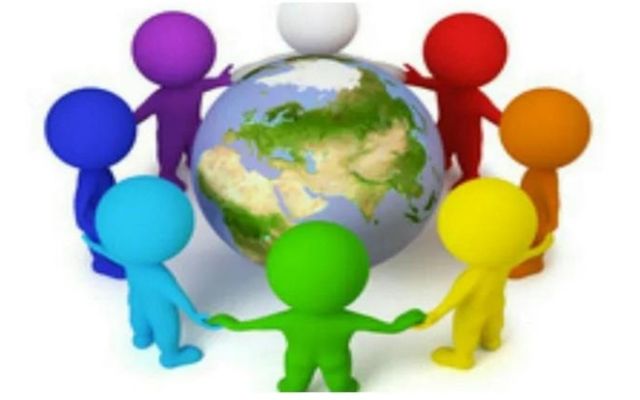 I so vividly remember the place where I grew up as a young boy. It was such an idyllic village. Over the years, I used to see some guys just sit in the playground and while away their time.

One such guy was Enzo. He would just hang around with this group of boys. Whenever he suggested that they do something new, the others would make fun of him and call him names. Just to be a part of the clique, Enzo would remain mum.

Soon Enzo finished his schooling and joined a decent college. It was then, by God's grace he met a few people who were positive and purpose-driven. Almost immediately, things began to change in Enzo's life. He started to set goals and worked hard. Today, Enzo has his own catering company and a wonderful family.

I met him some time back, and I asked him how it all happened. He told me upfront that it was the right friends and the right connections that made all the difference. He also told me how his newfound friends led him to the Lord.

I was so happy for him, but I was also curious to know what happened to those boys. He told me that they still live in the same neighbourhood, doing nothing. He added, "Pastor if I had been around those guys, I would still be playing gully cricket!"

Enzo's story is a great reminder of the influence others can have on our lives. Sometimes, we get in the habit of being around certain people. We don't even think about the consequences it will have on our calling, on our future.

Do not be so deceived and misled! Evil companionships (communion, associations) corrupt and deprave good manners and morals and character. (1 Corinthians 15:33 Amplified)

When we associate with or take delight in the company of people with worldly morals, we run the risk of mimicking their behaviours, their language, and their habits.

Have you heard the proverb, "Tell me who you hang around with, and I will tell you who you will become"

There is a lot of wisdom in that simple statement. Just think back to the time when you were growing up as a young boy or a young girl. Do you remember how concerned our parents were about who we associated with?

Our mum and dad wanted to meet our friends and know everything about them. This sounded a bit crude to us, but now as a parent, I realize why they did this. (You most probably would agree with me) Our parents knew the kind of influence friends could have on anyone's life, and so they watched our backs pretty well.

Notice, how the Bible describes 'The Blessed Man'
Blessed is the man
who walks not in the counsel of the ungodly,
Nor stands in the path of sinners,
Nor sits in the seat of the scornful (Psalm 1:1)

Toxic people are the ones who are always spewing venom whenever and wherever they can. In contrast, nourishing people are positive and very supportive. Simply put, they lift your spirits and are a joy to hang around with.

Toxic people will always tell you why you can't do such and such a thing, why things are impossible. They burden you with gloomy statements about how lousy the economy is and so forth. After listening to such people, you feel drained both physically and mentally.

Over the years, I have had my share of both - toxic and nourishing people. All I can say is if you are really serious about pursuing your goals, and accomplishing your God-given calling, then avoid toxic people like the plague.

If that means losing some friends on social media, unsubscribing to Youtube channels that promote negativity, or deleting or blocking some contacts, then so be it – just do it.

Before you can have divine connections, there have to be some divine disconnections.

Abraham was separated from Lot before the Lord could bless him (Read Genesis 13:5-13)
Jacob had to be separated from Esau before he could possess the Promised Land. (Read Genesis 33:16-20)
Prayer
Father, surround me with the right people. I confess that the Godly characteristics I see in their lives will rub off on me, and I will become a better person for Your glory. In Jesus' name. Amen.

● Pain - The Game Changer
● Why Great Men and Women Fall -2
● The 7 Spirits of God: Spirit of Knowledge
● Motivated By Love
● The Ultimate Secret
● Never Too Late To Change
● The Firstborn From the Dead