The Oil of Purification 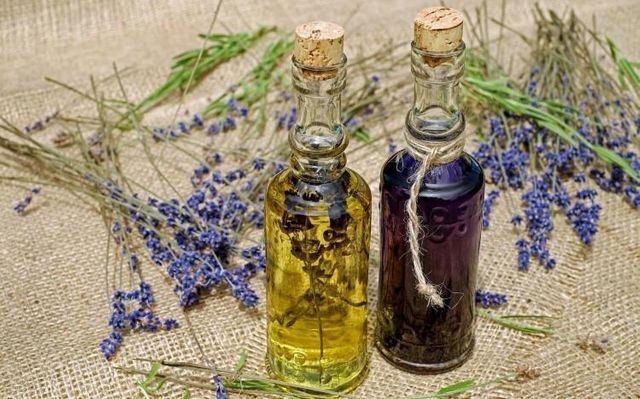 “Beloved, now we are children of God, and it has not yet been revealed what we shall be, but we know that when He is revealed, we shall be like Him, for we shall see Him as He is. And everyone who has this hope in Him purifies himself, just as He is pure.” (1 John 3:2-3)

The entire twelve months of preparation for Esther were significant in many ways. One such is the emphasis placed on purification. Remember that the ladies were picked from different regions and backgrounds, hence the need to clean them up for a purpose. Have you witnessed the preparation of salad before? The vegetables and fruits that make up salad are picked from different stores and may contain dirt. Also, there is no opportunity to cook these ingredients. You simply get them to your kitchen, sliced, and served. Hence, the need to ensure that they are cleaned thoroughly so that a pleasurable moment with your plate of salad won’t land you in the hospital for an infection.

This was the case in the book of Esther. A special provision was made to ensure that the ladies were purified before appearing before the king. The Bible says in Esther 2:12, “Each young woman’s turn came to go in to King Ahasuerus after she had completed twelve months’ preparation, according to the regulations for the women, for thus were the days of their preparation apportioned: six months with oil of myrrh, and six months with perfumes and preparations for beautifying women.”

Now, let’s examine this verse in KJV, the Bible says, “Now when every maid’s turn was come to go in to king Ahasuerus, after that she had been twelve months, according to the manner of the women, (for so were the days of their purifications accomplished, to wit, six months with oil of myrrh, and six months with sweet odours, and with other things for the purifying of the women;).”

The Bible says Esther spent the first six months of her stay in the king’s palace being prepared with a regimen using oil of myrrh. From KJV, the primary purpose of using the oil is for purification. You can imagine having to use this oil for six whole months to clean the body of every filth and odour. I’m sure this oil was expensive, yet the king would spend so much to ensure that whoever appeared before the king was pure.

How long are you willing to keep yourself pure? Some people are tired of coming to church, let alone following the pastor’s instructions for their purification. Others are already compromising because they feel that a lifestyle of purity is slow. They would rather dabble in sin to get money faster. As for Esther, she had to use the oil of myrrh for six months to be pure. But as a child of God, your purity is eternal. In today’s text, Apostle John said that if you hope to appear before the king one day, you must always keep yourself pure.

Remarkably, myrrh appears at least five times in the life of Jesus.

Firstly in “And when they had come into the house, they saw the young Child with Mary His mother, and fell down and worshipped Him. And when they had opened their treasures, they presented gifts to Him: gold, frankincense, and myrrh. (Matthew 2:11)

Second, at Jesus’ first anointing, the unnamed “sinful woman” used muron, a distilled and costly form of myrrh in droplet or ointment form, to anoint Jesus’ feet along with her tears in the house of Simon the Pharisee.

Third, at Jesus’ second anointing, Mary, the sister of Martha, anointed Jesus with muron (or myrrh) once again in Bethany, at the house of Simon the Leper, but this time anointed His head. Jesus told the disciples Mary had anointed Him for His burial.

Fourth, at Jesus’ death, myrrh was mixed into a drink by the Roman soldiers and offered to Jesus on the cross just before He died.

Finally, at Jesus’ burial, myrrh was one of the fragrances and spices of choice used to wrap the Lord’s body after His death.

Myrrh is both for beauty and embalming. It’s time to clean up. It’s time to continue doing the thing that keeps us holy and purified until the king appears. Make up your mind that while others may compromise and play with dirt, you will continue to apply the oil of purity so you can attract the King’s favour when He appears.
Prayer
Father, in the name of Jesus, I thank you for the understanding of your word. I pray that you help me to remain pure. I give you my heart, and I pray that you will help me to overcome the compromise in society. I decree that I shall be found spotless when you appear. In Jesus’ name. Amen.

● Identifying the Religious Spirit
● A Star In The Workplace –II
● Crucial Insights on Atmospheres - 1
● The 7 Spirits of God: Spirit of Knowledge
● Your Breakthrough Cannot Be Stopped
● You Must Influence Them
● Dealing With the Roots