Becoming Familiar With the Presence of God 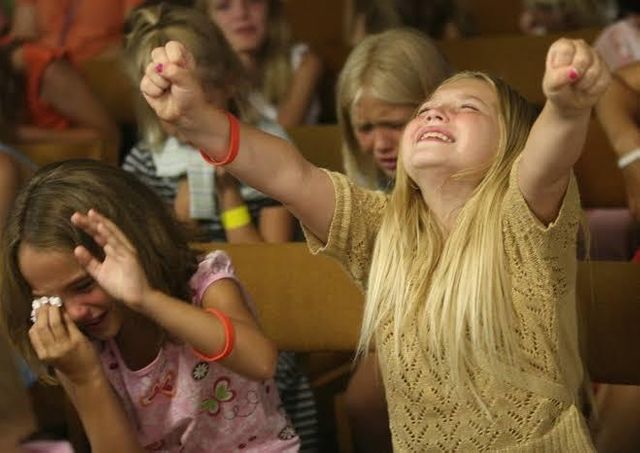 When the family of Jesus heard what was happening, they tried to take him away saying. “He’s out of his mind,” (Mark 3:21) Just imagine, those closest to Him thought He had lost His mind.
These were people who had lived with Him, seen Him work in the carpenter’s shop in His childhood days with His foster father Joseph. They should have been the most appreciative and most supportive of Jesus in His mission. Alas! Their familiarity had produced a loss of awe of who He really was.
Read the following verse: John 7:5
For [even] His brothers did not believe in or adhere to or trust in or rely on Him either. (Amplified)
This was a problem not only in the days of Jesus but the same problem exists even today. People have become too casual as they enter into His presence.
Remember when you were first saved or touched by His Presence? You came to the house of God, with a deep sense of expectancy. You made sure that you reached the house of God on time.
Do you still have this sense of expectancy in your spirit?  Do you still come to the services on time? (Of course, there can be a million excuses for coming late)
The sad effects of familiarity with the presence of God are also portrayed in the Old Testament through a man called Uzzah.
In the following passage from the Old Testament, we see that David and his men were bringing the ark of the covenant to Bethlehem:
But when they arrived at the threshing floor of Nacon, the oxen stumbled, and Uzzah reached out his hand and steadied the Ark of God. Then the Lord’s anger was aroused against Uzzah, and God struck him dead because of this.[e] So Uzzah died right there beside the Ark of God. (2 Samuel 6:6-7)
You see the ark of the covenant (representing the very manifest presence of God) was in the house of Abinadab (Uzzah’s father) for nearly 20 years.
Twenty years is a long time and most probably Uzzah had seen the Ark of the Covenant daily and possibly passed by it daily. By becoming too familiar with the ark of God, he had lost his reverence for it.
So when the oxen stumbled, Uzzah casually reached out to help God from falling down. His familiarity with God’s presence made Uzzah to think of God as just another idol who needed help from falling down. Little did Uzzah realize that we don’t carry God; He carries us. He does not stumble but He is the One who keeps us from stumbling. It is because of this casual attitude of Uzzah, God struck him and he died on the spot.
One day Jesus visited His hometown and to his astonishment was not well received because they apparently knew Him since His childhood days. They were the closest people and had such a great opportunity to receive from Him but failed to because of their familiarity and casualness. Familiarity limits God’s power in your life.
But Jesus said to them, A prophet is not without honor (deference, reverence) except in his [own] country and among [his] relatives and in his [own] house. And He was not able to do even one work of power there, except that He laid His hands on a few sickly people [and] cured them.
And He marveled because of their unbelief....(Mark 6:4-6)
It is said that “familiarity breeds contempt.” In our walk with the Holy God, may we never become so familiar that we take Him and His presence for granted but walk every day with Him in deep reverence.
Prayer
Father, please forgive me for any way in which I have failed to reverence Your presence. Help me never to get so familiar with you that I forget Your might and holiness. In Jesus' name. Amen.