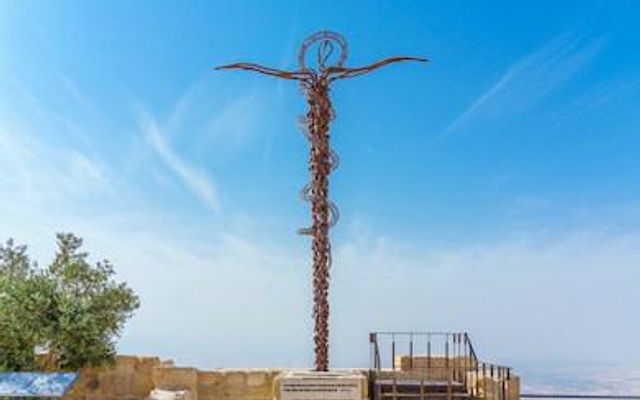 Nor should we put Christ to the test, as some of them did and then died from snakebites. And don’t grumble as some of them did, and then were destroyed by the angel of death. (1 Corinthians 10:9-10)
The children of Israel on their second trip around the desert were murmuring and complaining about everything, the food, the conditions, etc.  This angered God and He sent venomous snakes into their midst and many of them died after being bitten. (Read Numbers 21:4-6)
Under this infliction the people speedily realized their error humbly confessed that they had sinned. It was then that Moses interceded for the people. (Numbers 21:7)
The danger of continually murmuring and complaining is that we eventually forget all the good things God has given to us. The moment you murmur, grumble, and complain, you begin to be unthankful.
Murmuring causes us to get focused on the problem rather than the One who is the Answer. It also causes us to get focused on ourselves rather than lean on God’s power.
The most dangerous thing about murmuring and grumbling is that it opens doors to wicked demonic spirits that create havoc in people’s lives.
The Holy Spirit wants to teach us how important it is to stop murmuring and so He wrote through Apostle Paul in Philippians 2:14-15:
“So ALL things without complaining and disputing, that you may become blameless and harmless, children of God without fault in the midst of a crooked and perverse generation, among whom you shine as lights in the world, holding fast the word of life, so that I may rejoice in the day of Christ that I have not run in vain or labored in vain.”
The man of God Moses also was instructed to do one more thing:
So Moses made a bronze serpent, and put it on a pole; and so it was, if a serpent had bitten anyone, when he looked at the bronze serpent, he lived. (Numbers 29:9)
There are 3 things about this picture that are important for us to clearly understand its meaning.
1.The metal, bronze or brass, was associated with judgment throughout the Old Testament.
2. A serpent was symbolic of the form Satan took in the garden to tempt Eve.
3.The bronze serpent was hung on a pole, publicly, outside, in open view of everyone.
The people bitten by the serpents had only to look up to the image on the pole and they would live. Whenever you feel like murmuring and complaining just look to Jesus, how He suffered for us without complaining and grumbling. God the father then highly exalted Him. The same thing is going to happen to you also.
Also, if you are given to the habit of always complaining and murmuring look to Jesus and ask Him for grace. Remember, Jesus is our perfect example.
Prayer
Father, forgive me for complaining about my situation in my life. Help me to look at You and overcome every obstacles I face today. In Jesus' name I pray, Amen.