The Power of the Seed -1

812
Categories : Power of the Seed 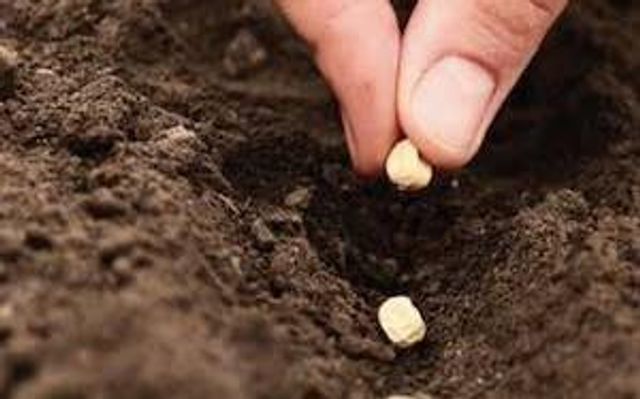 A seed has the potential and the power to influence every aspect of your life - your spiritual, physical, emotional, financial, and social life are all governed by the seeds you have sown in the past. Children are affected, impacted, and influenced by the seeds sown by their parents.
After the flood that God sent on the earth during the time of Noah, one of the first things that He spoke saying:
“While the earth remains, seedtime and harvest, cold and heat, winter and summer, and day and night shall not cease.” (Genesis 8:22)
One of the major laws that God has ordained to govern the earth is the law of “seedtime and harvest.” Secular people call it the law of “cause and effect,” Some say the law of “sowing and reaping.” Whatever name you give to it, the principle remains the same.
What is the essence of the Seed?
The Seed was ordained by God as a means of ensuring that there would be increase, sustainability, and multiplication. The trees were created to bear fruit, but inside the fruit was the Seed for another tree. God’s plan was that when He created something once, afterward the thing would and should begin to reproduce through the power of the Seed.
5 DIFFERENT TYPES OF SEED
If you really take a deeper look, everything on earth is a seed
1.Listening is my Seed for knowledge
2.Knowledge is my Seed for change
3.Forgiveness is my Seed for mercy
4.Repentance is my Seed for restoration. The prodigal son repented, and there was a restoration in his life.
5.My words are seeds for creating. When you speak words, they carry the power of life and death and so you see that words have creative power.
Don’t say you don’t have anything. I want you to understand that there is no single person on this earth, that is so poor that he or she does not have Seed. Romans 12:3 says that God has given to each one ‘a measure’. God has deposited something in each one of us.
Prophet Elisha went to the widow and asked her one question. “What do you have in your house?” She replied, “ I have nothing except a little oil” (2 Kings 4:1-7) Many of you have said, “ I have nothing. I don’t know what to do.” Let me tell you. There is a seed that God has deposited in your life. If you can bring it out, no matter what the circumstances, there will be a great harvest in your life.
Pray: LORD open my eyes to see and know the Seed you have deposited in my life. (Keep praying this for at least 3min)
1. Seeds Embodied in Creation
Then God said, “Let the earth bring forth grass, the herb that yields seed, and the fruit tree that yields fruit according to its kind, whose seed is in itself, on the earth”; and it was so. And the earth brought forth grass, the herb that yields Seed according to its kind, and the tree that yields fruit, whose Seed is in itself according to its kind. And God saw that it was good. (Genesis 1:11-12)
During creation, God ensured that the trees and other living things possessed the power of “the seed.” The Seed empowered each creature to bring forth after their kind. The Seed was in every living thing that God created. He placed power in every Seed to produce a harvest—to exactly duplicate itself and to greatly multiply.
God created the plant kingdom to reproduce itself. Without the ability to reproduce, the fruit that God created in the Garden of Eden would have disappeared soon after creation.
When God made the animals, He gave them the power to recreate themselves. Because of this, it is possible for the numbers of animals to grow to great proportions. The animals were created by God to reproduce after their own kind.
2. The Seed of Procreation
Genesis 3:15 says:
And I will put enmity
Between you and the woman,
And between your Seed and her Seed;
He shall bruise your head,
And you shall bruise His heel.”
This is the first Messianic prophecy in the Bible. A Messianic prophecy is a prophecy connected with the coming Messiah - Lord Jesus Christ. This prophecy also tells us what would be accomplished by the Messiah.
Notice the word, ‘seed’. God gave us humans the ability to procreate. Our offspring can as well be called “seeds.” Our children can be referred to as our Seed. Through seeds, we multiply, increase and replenish the earth. Every man carries inside of him the Seed. Every living thing on the earth reproduces itself with Seed.
Prayer
Father, I thank You for the revelation of the Power of the Seed you have given me. I sow in faith and by faith. I believe you for a mighty harvest now and in Eternity. In Jesus’ name. Amen.

● Training for Battle
● Winning Souls - How Important is it?
● More Than a Conqueror
● Breaking the Power of Iniquity - I
● Pain - The Game Changer
● The End Time - Prophetic Watchmen
● Godly Habits