The Enemy is Secretive 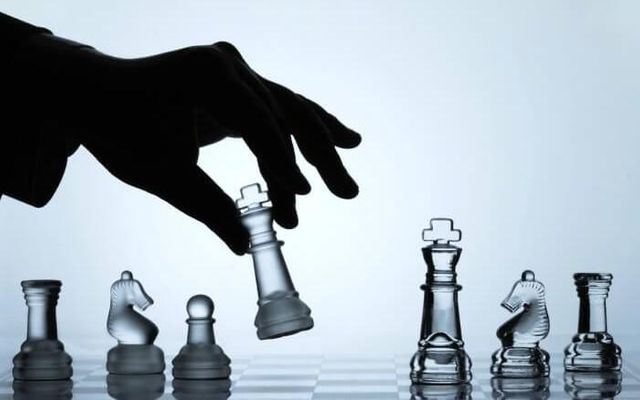 "Be sober, be vigilant; because your adversary, the devil, walks about like a roaring lion, seeking whom he may devour. (1 Peter 5:8)

The Bible says, "And Esther said, "The adversary and enemy are this wicked Haman!" So Haman was terrified before the king and queen. (Esther 7:6). Esther exposed the truth about Haman – that he was not a faithful servant of the king, he was instead an adversary and enemy, more interested in his own fame and status than the king's benefit. So King Ahasuerus answered and said to Queen Esther, "Who is he, and where is he?

Although powerful and probably with many secret agents, the king was still unaware of the real enemy. This tells us how secretive the enemy is. The king was always dining with the adversary of God's people, yet he didn't know. He deceived the king into signing the decree to kill the Jews without telling the king the plan's full details. All his plans were selfish, and he had misused his power for years.

We need to be careful. The enemy surrounded the king, yet he didn't know. Could it be that you are already surrounded by enemies and call them bestie and personal assistant or secretary? The truth is that the real adversary is not human, although he comes to us as a human. The devil is the real adversary. Our text above says, "your adversary, the devil." However, he engages people around us to attack us. He secretly lurks around our lives and looks for a space to penetrate. Ephesians 6:12 says, "For we do not wrestle against flesh and blood, but against principalities, against powers, against the rulers of the darkness of this age, against spiritual hosts of wickedness in the heavenly places."

He entered Peter, and Jesus screamed, "Get behind me satan." So we need to be sensitive in the spirit to overcome the schemes of the enemy.

In Nehemiah 6:10-13, "Afterward I came to the house of Shemaiah the son of Delaiah, the son of Mehetabel, who was a secret informer; and he said, "Let us meet together in the house of God, within the temple, and let us close the doors of the temple, for they are coming to kill you; indeed, at night they will come to kill you." And I said, "Should such a man as I flee? And who is there, such as I, who would go into the temple to save his life? I will not go in!" Then I perceived that God had not sent him at all, but that he pronounced this prophecy against me because Tobiah and Sanballat had hired him. For this reason, he was hired, that I should be afraid and act that way and sin, so that they might have cause for an evil report, that they might reproach me."

The enemies of Nehemiah sent a spy to him in the form of someone he would normally give an audience. They had tried several ways to gain his attention, but he refused, so they sent Shemaiah to him, who was hired by the enemy. But because Nehemiah was sensitive in the Spirit, he didn't fall into the trap of the enemy. He escaped and continued his assignment.

How many times do you fall into the trap of the enemy because you weren't sensitive? How often do you allow the enemy to sneak into your mind and control your actions? It's time to develop a formidable defence against him. Nothing is hidden from God, so remain connected to God.

Ask God to expose the enemy around you so you won't fall victim. The Bible says in Job 27:7 (MSG), "Let my enemy be exposed as wicked! Let my adversary be proven guilty!"

I prophesy that God shall expose all the adversaries against your life.
Prayer
Father, in the name of Jesus, I submit myself to you, and I pray that you keep me from evil. I pray for the grace to say no to the temptations that the enemy is plotting against me. I pray that you open my eyes to see the works of the enemy around my life. In Jesus' name. Amen.

● The Waiting that Saved a Nation
● Breaking the Power of Iniquity - I
● Stop Wandering
● The Grace of Giving - 2
● God Made Mother’s Special
● A Place Called Heaven
● Can I Desire All the Gifts of the Holy Spirit?